While this document takes you through the steps for setting up Imply with the Google Cloud Platform, it does not constitute a complete guide for GKE or Google Cloud. For more information, see the Google Kubernetes Engine documentation. Also, for general information on deploying Imply on Kubernetes, see Deploy with Kubernetes.

This guide takes you through the steps for creating a Google Cloud deployment depicted in the following diagram: 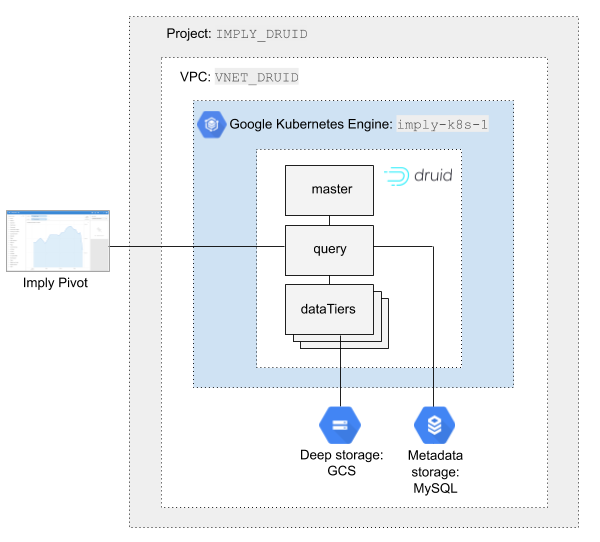 As shown, the Imply cluster deployments are deployed to Kubernetes pods.

For external dependencies, we'll use MySQL (powered by Google Cloud Managed RDS: CloudSQL) for metadata storage and Google Cloud storage for deep storage. All components will be in a single GCP project.

The machines in the private VPC will need to be able to connect to the Internet. The following instructions include minimal steps for configuring firewall rules required rules for a private cluster, but you can find detailed instructions in Example GKE Setup in the Google documentation.

After a moment, the new cluster should appear in the Kubernetes cluster list with a green check mark, indicating that it is running.

Note that you can check the status of the cluster by clicking Connect next to your new cluster, and then Open Workloads dashboard.

If you chose to use a private cluster in the network settings in the previous step, configure Open NAT as described here. If you chose public, you can skip this step.

The steps below summarize the steps described by steps 3 through 7 from Example GKE setup in the Google documentation. Refer to that document for complete instructions.

When the instance finishes deploying, note the address shown in the Private IP address column. You will need to enter this in the YAML configuration file later.

The following shows the remaining configuration settings, which can remain at their default values: 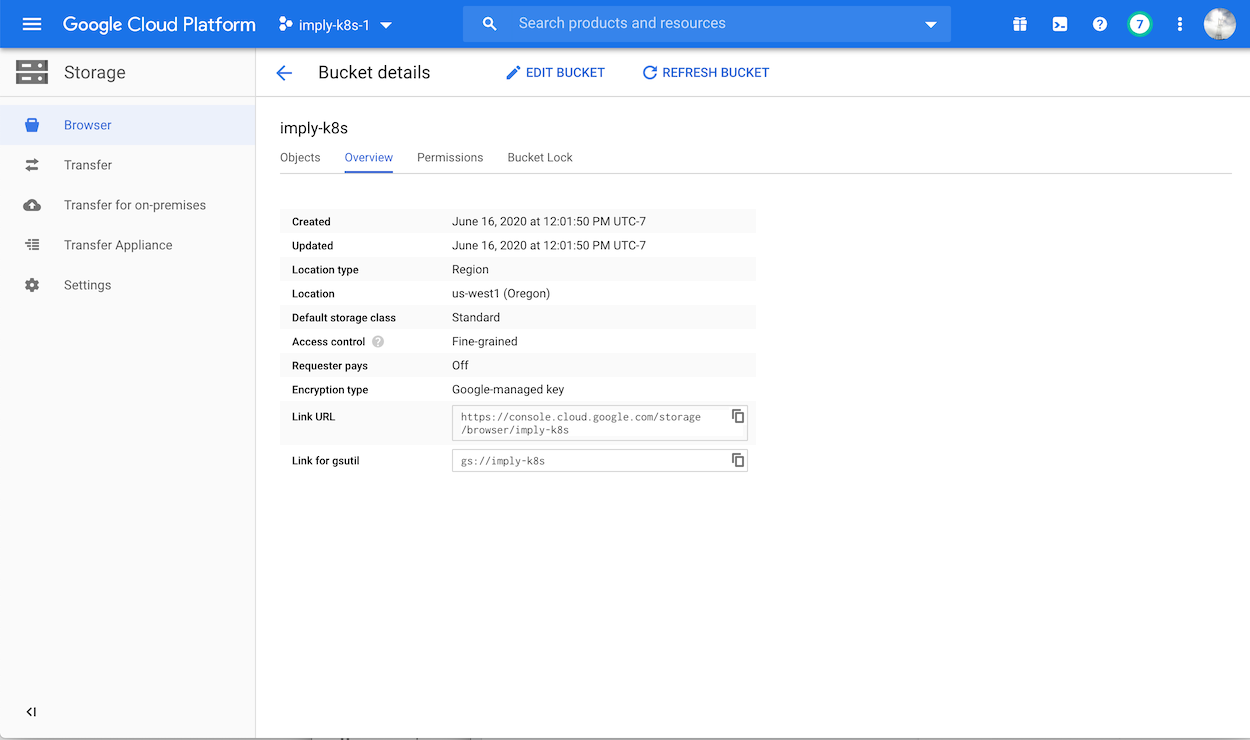 Step 5. Connect to the GKE Cluster

You can now follow the instructions in the Kubernetes deployment guide to complete the installation using Helm:

For more general information on adapting the Helm chart for your deployment, see Deploy with Kubernetes.

That's it! You now have a cluster running on GKE. If you are getting to know Imply, learn about who to load data in the quickstart.

For ongoing administration and maintenance, see Deploy with Kubernetes and Using the Imply Manager.